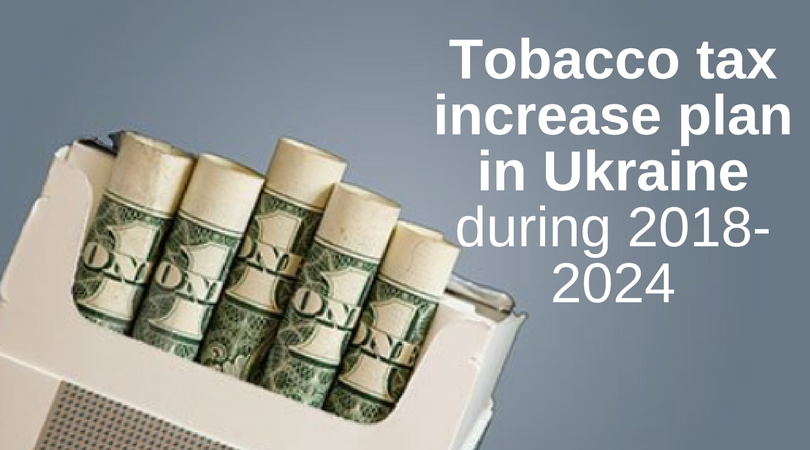 November 7, 2017, the Parliament of Ukraine adopted a policy of tobacco taxes increase during 2018-2024, and the law was transferred for the President’s office for signature.

Thus, in 2018 specific tobacco tax and minimum excise tax per 1000 cigarettes will be increased by 29,7% up to UAH 577.98 (18.6 euro) and UAH 773.20 (23.6 euro) respectively. In the next six years, tobacco taxes will be raised by 20% annually. Meanwhile, the Government will still have an option to propose an inflation adjustment annually. Thus, it is planned to harmonize tobacco tax rates with the minimum EU level of cigarette taxation, which is 90 euros per 1000 pieces.

“The long-term plan of tobacco tax increase is a positive policy move. It will reduce cigarettes` affordability, will continue augmenting the state budget revenues and reduce tobacco consumption, that is the most important. We expect that the next year Ukrainians will already consume three bln cigarettes less due to the price increase. However, we will unlikely to reach minimum EU prices for cigarettes in 2024, according to the plan. As we estimate now, the average price per pack of cigarettes will be around UAH 90 (3 euro) in 2024. Undoubtedly, exchange rates will change by 2024 and cigarettes in the EU will be more expensive. We could also anticipate the continuation of price wars among tobacco companies that will seek to increase profits and push out competitors from Ukrainian tobacco market that is getting too tight for four tobacco transnationals,” explained Andrii Skipalskyi, chairman of tobacco control NGO “Life.”

Proposed tax hike does not increase the ad valorem tobacco excise rates. It happened in spite of recommendations of the World Bank and tobacco control experts and was explained as a compromise with (some) tobacco corporations by the source in the government.

Kostyantyn Krasovsky, head of the Institute of Strategic Research’s tobacco control unit at MoH said, “As for now, ad valorem tax equals to 12% and this index has remained unchanged for several years. In 2018 excise for the cheapest pack of cigarettes will be UAH 15.5 (0.5 euro) while for expensive ones (UAH 45 = 1.5 euro) tax will be UAH 17 (0.55 euro), the difference is just UAH 1.5 (0,05 euro). So, that adopted plan will lead to fewer budget revenues in future”.

Chart 1. The forecast of growth of prices for cigarettes in Ukraine up to 2025, UAH

Ukraine has a positive experience in the past years of increasing tobacco taxes. In the period between 2008 and 2017, the average rate of excise duty on a packet of cigarettes increased by 20 times and the state budget revenues increased from 3.5 billion UAH to the projected 40 billion UAH in 2017. The number of smokers declined from 10 million to 6.5 million, according to the State Statistics Service. The GATS 2017 showed a 20% reduction in smoking prevalence among adults over the past 7 years in Ukraine. 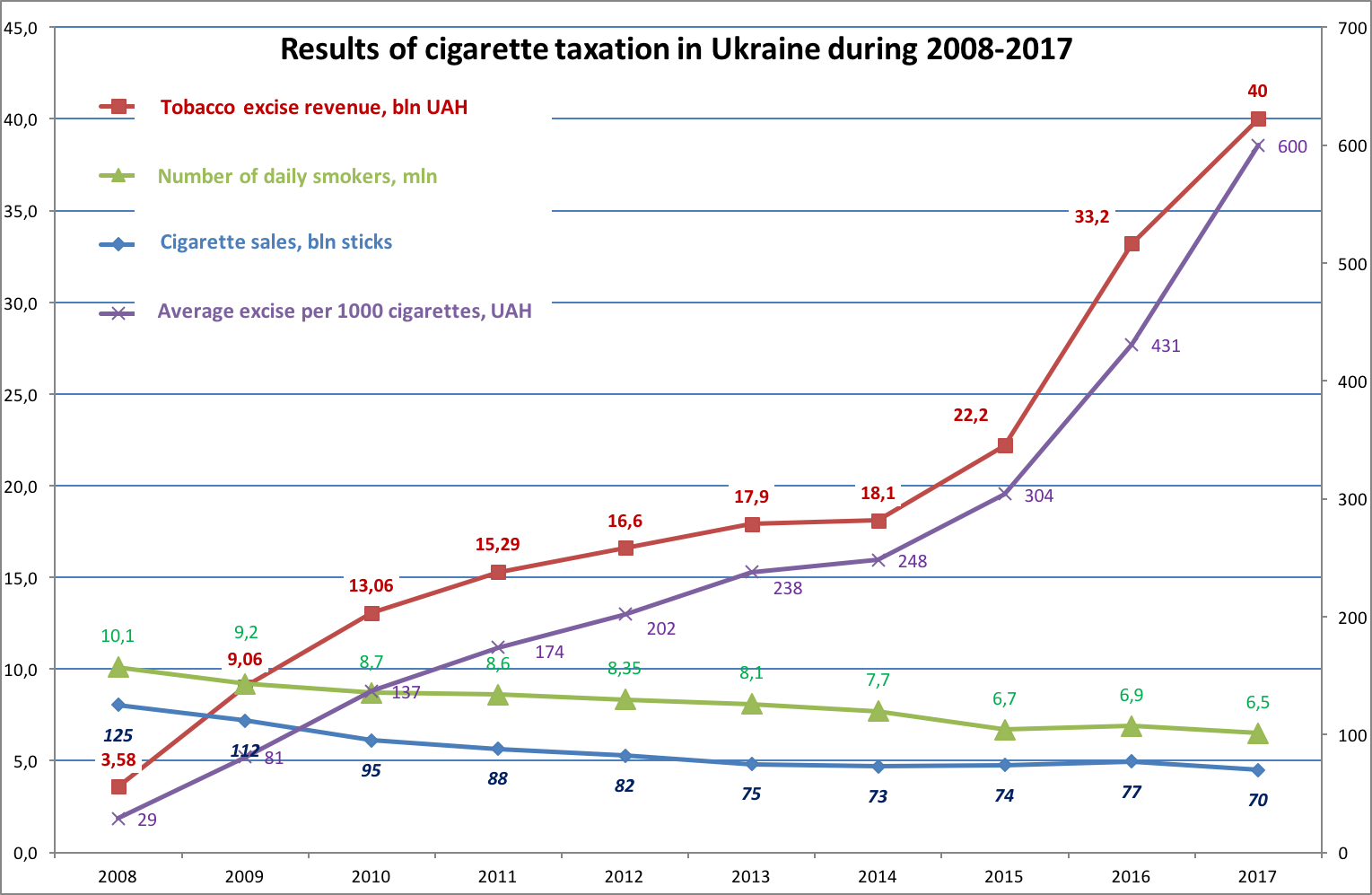