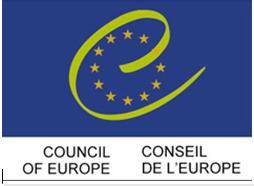 The Permanent Representatives Committee1 today approved a compromise text for a revised EU tobacco directive. It herewith endorsed a proposal that has been presented at a trilogue meeting between the Lithuanian presidency and representatives of the European Parliament and of the Commission on 16 December. The main objective of the directive’s revision is to make tobacco products less attractive by strengthening the rules on how tobacco products can be manufactured, presented and sold.
“Today’s agreement is a big step towards a healthier and more prosperous society. It is also important for all stakeholders of the EU internal market, since it establishes clearer rules for manufacturers, retailers and consumers”, said the Lithuanian Minister for health, Vytenis Povilas Andriukaitis.
The compromise text approved today includes the following key measures to be brought into national law by member states: a ban on the placing on the market of cigarettes and roll-your-own tobacco with characterising flavours such as fruit flavours, menthol or vanilla. This is to make sure that tobacco products taste and smell like tobacco products. The ban on mentholated products will apply only four years after the directive being transposed by the member states. Member states will also have to ban the placing on the market of tobacco products containing additives in quantities that increase in a significant or measurable manner the toxic or addictive effect, or the carcinogenic, mutagenic or reprotoxic properties.
http://www.consilium.europa.eu/uedocs/cms_data/docs/pressdata/EN/genaff/140146.pdf
Поділитися новиною: