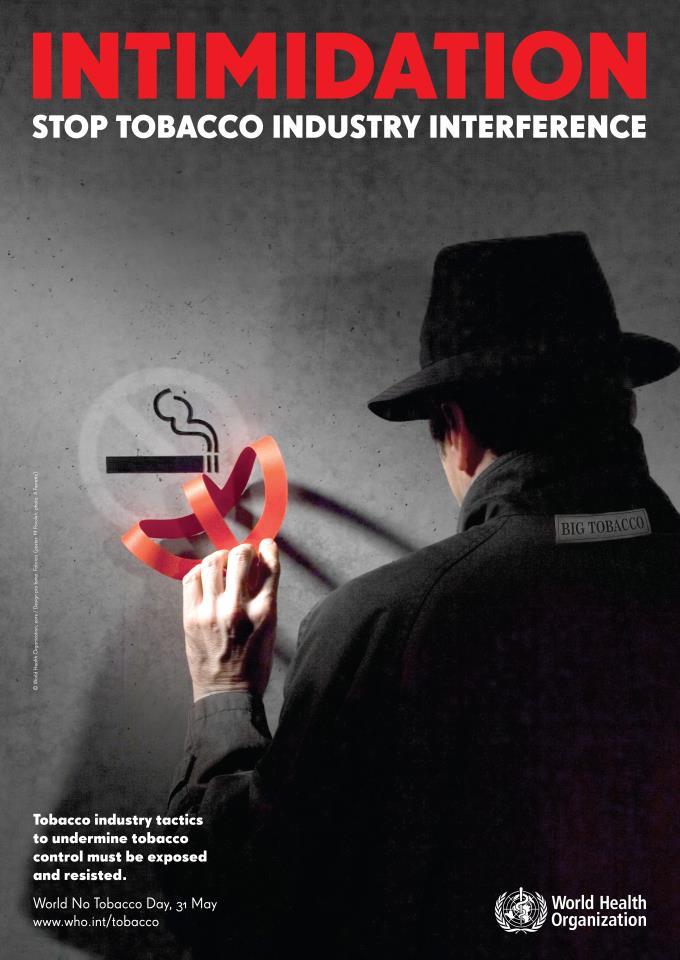 The World Health Organisation declares 2012 to bе the year of active counteracting to tobacco industry interference in policy-making in health care sector, both at global and national levels. This happened due to more and more visible actions of the tobacco industry and initiation of lawsuits against a number of countries which have applied strict legal restrictions of tobacco use. Thus in recent years multinational tobacco giants issued the lawsuits against the legislative decision of Uruguay, Turkey, Canada, UK and Australia. In the latest case the initiative came from the government of Ukraine.
Therefore, active counteracting the tobacco industry interference is a priority of the Regional Advocacy Centre “Life” and Coalition members. Neutralizing and exposing the tactics of tobacco industry are the keys factors to success in tobacco control. Thus, “Life” repeatedly succeeded to stop the interference of tobacco lobbyists in the process of amending and adopting of important anti-tobacco laws and to discredit the principles of their cooperation with journalists and media.
In 2012, in dedication to the World No Tobacco Day, Centre “Life” in collaboration with WHO Country Office and Inter-Fraction parliamentary group “Smoke Free Future” held a poster exhibition “Declassified documents of the tobacco industry” in the Parliament of Ukraine https://center-life.org/fotogalereya/popilnichki-v-smitnik-istoriyi . The purpose of the exhibition is to show the cynicism, deception and hypocrisy of the tobacco industry to the politicians and the civil society by showing up copies and extracts from public documents of transnational tobacco companies, which became a turning point in struggle with the tobacco epidemic in the health care sector in different countries and in Ukraine as well. Deputies were able to see the unethical and harmful tactics of the tobacco industry and the importance of aggressive intervention against tobacco manufacturers’ interference in the health care sector.
In 2011, during the ruthless struggle for the adoption of the comprehensive ban on tobacco advertising, NGO “Life”, in collaboration with the Bureau of Journalist’s Investigations “Svidomo” established the annual anti-prize “Golden Braid”, https://center-life.org/fotogalereya/vruchennya-antipremiyi-zolota-kosa which is to be awarded to tobacco and alcohol lobbyists in the Parliament. For the first time in Ukraine, those MPs who have defended the commercial interests of alcohol and tobacco producers of for a long time, contrary to the interests of public health, received their “rewards”. The price of this lobbying – affordability of alcohol and tobacco products to kids, unethical advertising campaigns and selling of alcohol and tobacco at every other corner. As a result, we all see early addiction of youth to alcohol and cigarette smoking, poor health of young people and premature death of hundreds of thousands of Ukrainians. On the other hand, this shows the lack of budget funds to implement preventive measures comparing to huge revenues of alcohol and tobacco industry.
Another Life’s initiative is the disclosing of tobacco lobby in the Cabinet of Ministers and clarification of the situation when Ukraine blocked the initiative of Australia to implement “plain” – stereotyped cigarette packaging. Thus, during the World Conference on Tobacco and Health, held in March 2012 in Singapore, Life collected signatures under the appeal to the President of Ukraine to stop the shameful practice of supporting tobacco industry in their attempts to plain packaging legislation globally. Later, plenty of applications with demands to stop Ukraine’s support of the tobacco industry intimidation were sent to the Prime Minister and the Head of Ministry of Economic Development. On May 31, 2012, on World No Tobacco Day, the International Organization “The Network for Accountability of Tobacco Transnationals” in collaboration with Centre “Life” awarded the Government of Ukraine with the international anti-Prize «Marlboro Man» https://center-life.org/fotogalereya/vruchennya-mizhnarodnoyi-antipremiyi-marlboro-man . Centre “Life” organized the event under the walls of the Cabinet of Ministers with the requirements for authorities to stop encouraging the legislative manipulations by the tobacco industry representatives as that harmfully affects the international image of Ukraine. Officials and key persons of Ministry of Economic Development were awarded with a symbolic hat and a diploma «Marlboro Man» by NGO “Life”.
In order to counter tobacco lobbyists in Parliament experts from “Life” committed to creation the Inter-Party Parliamentary group “Smoke Free Future” whose members are 66 MPs representing different political forces.