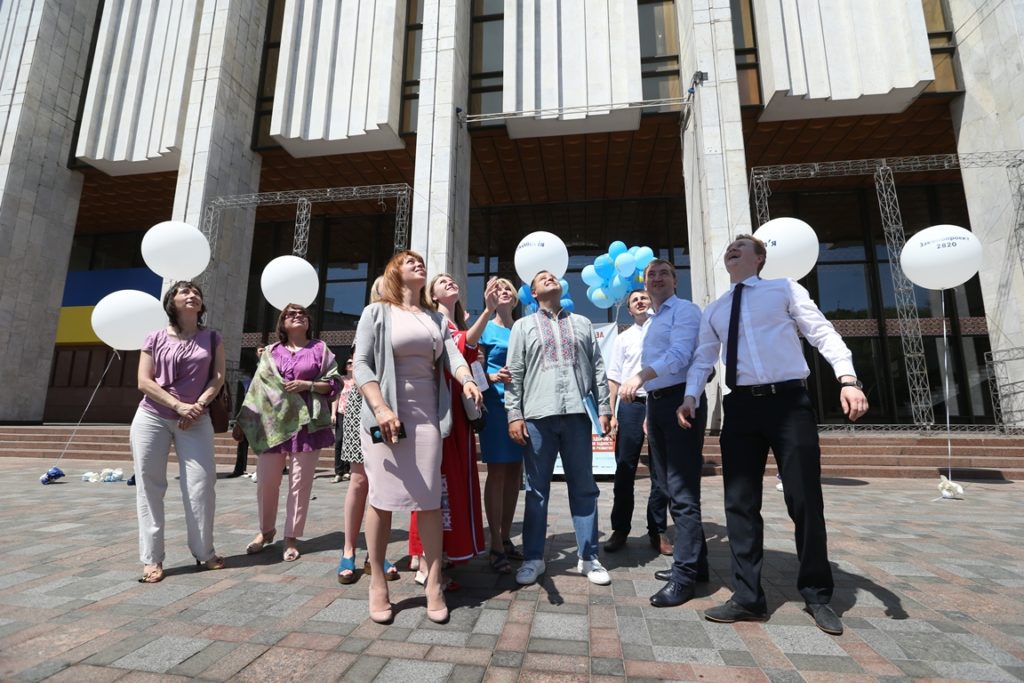 On May 31 the action devoted to the World No Tobacco Day took place in Kyiv.

This year the topic of the World No Tobacco Day 2017 is “Tobacco – a threat to development.” The aim is to encourage the government of all countries to implement comprehensive measures in order to reduce smoking prevalence. Ukraine as a Party of WHO FCTC is obliged to decrease attractiveness and affordability of cigarettes and protect people from the negative impact of tobacco on their health. Tobacco is an obstacle for sustainable development. It threatens the health and life of people as well as causes serious economic and ecological damage.

Tobacco-related diseases are one of the most significant threat to public health – annually about 7 million people in the world and about 63 000 in Ukraine die due to smoking. Smoking costs the world’s economies more than US$ 1 trillion annually in healthcare expenditures and lost productivity. For Ukraine these costs account for US$ 3 billion each year. 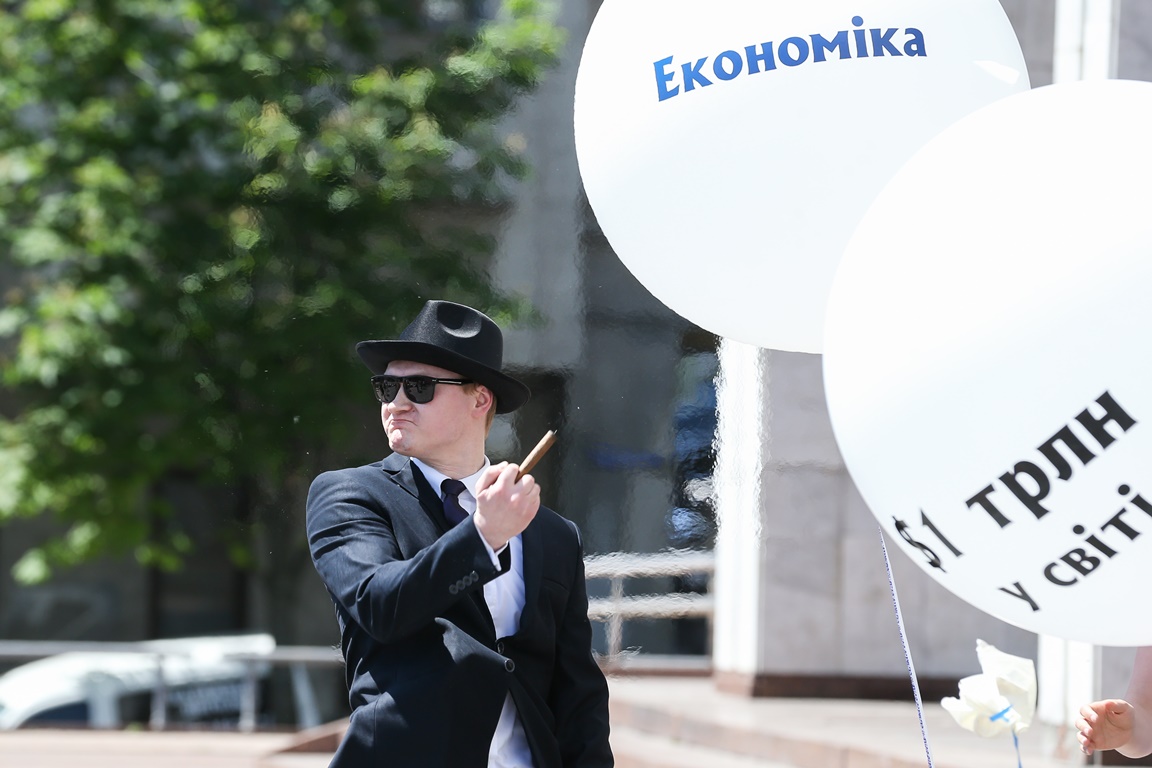 Cigarette butts are the most widespread type of garbage – annually about 4.5 trillion of butts enter the environment. Smoldering cigarette butts is the main cause of forest fires. Tobacco growing drains the soil, toxic pesticides and chemical fertilizer, which are used for tobacco growing, pollute groundwater and rivers. Moreover, each year about 200 hectares of forest are cut down to plant tobacco.

Tobacco consumption damages first of all people who are leaving at risk of poverty and at the same time spend about 10% of family income for cigarettes instead of buying food or spend it on healthcare or education.

Natalia Korol, National Professional Officer, Noncommunicable diseases, WHO COstressed that Ukraine joined to the new global program on Sustainable Development Goals. Among all others the Goal 3 which is about saving of population health is one of the most important. This goal defines an obligatory implementation of WHO FCTC in each country.  Based on the preliminary results of Global Adult Tobacco Survey which has been conducted in Ukraine, it is possible to say that Ukraine made significant progress in the tobacco control. The smoking prevalence decreased till almost 22%. However, still there are some negative tendencies which indicate directions for next political steps to be done. 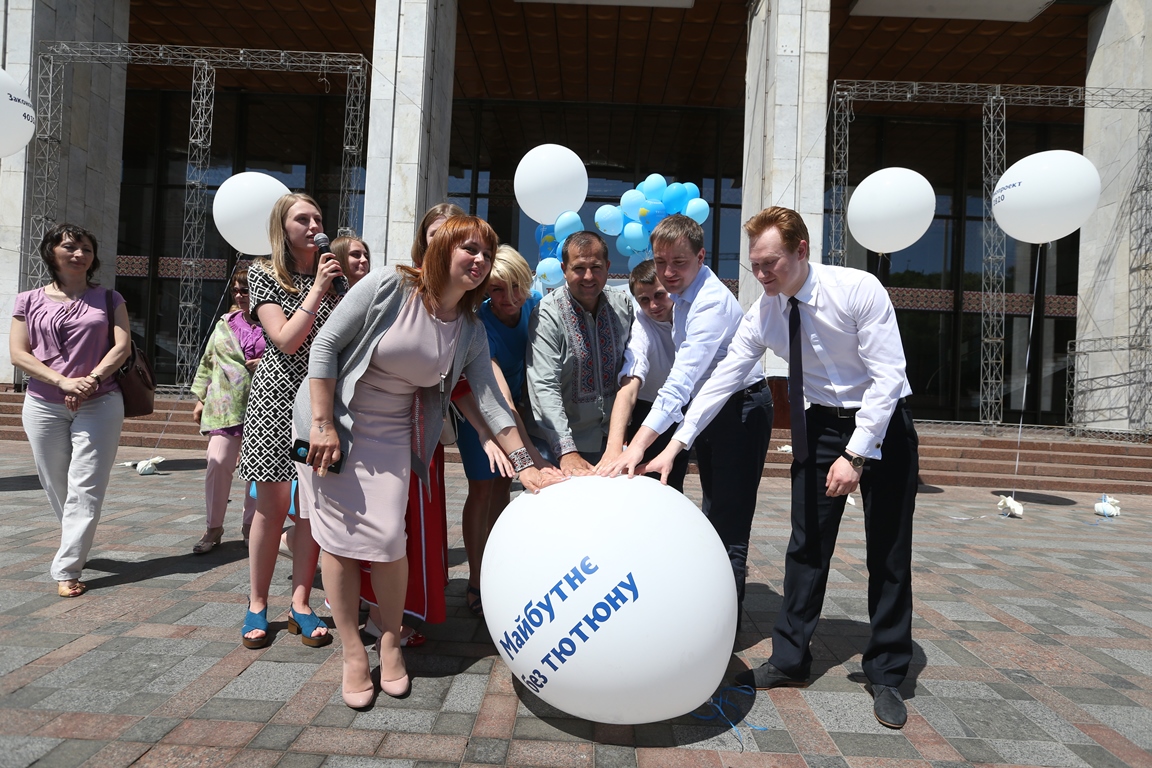 Lilia Olefir, the Executive Director of NGO Advocacy Center Life explained: “24% of Ukrainians smoke. The only way to eliminate the tobacco burden in Ukraine is to reduce the smoking prevalence. The most efficient measure to combat tobacco is legislative regulation of this issue. The experience demonstrates that previous measures about ban on tobacco advertising, smoke-free policy, increasing of tobacco taxes let decrease the cigarettes consumption from 125 billion in 2008 to 73 billion in 2015”. 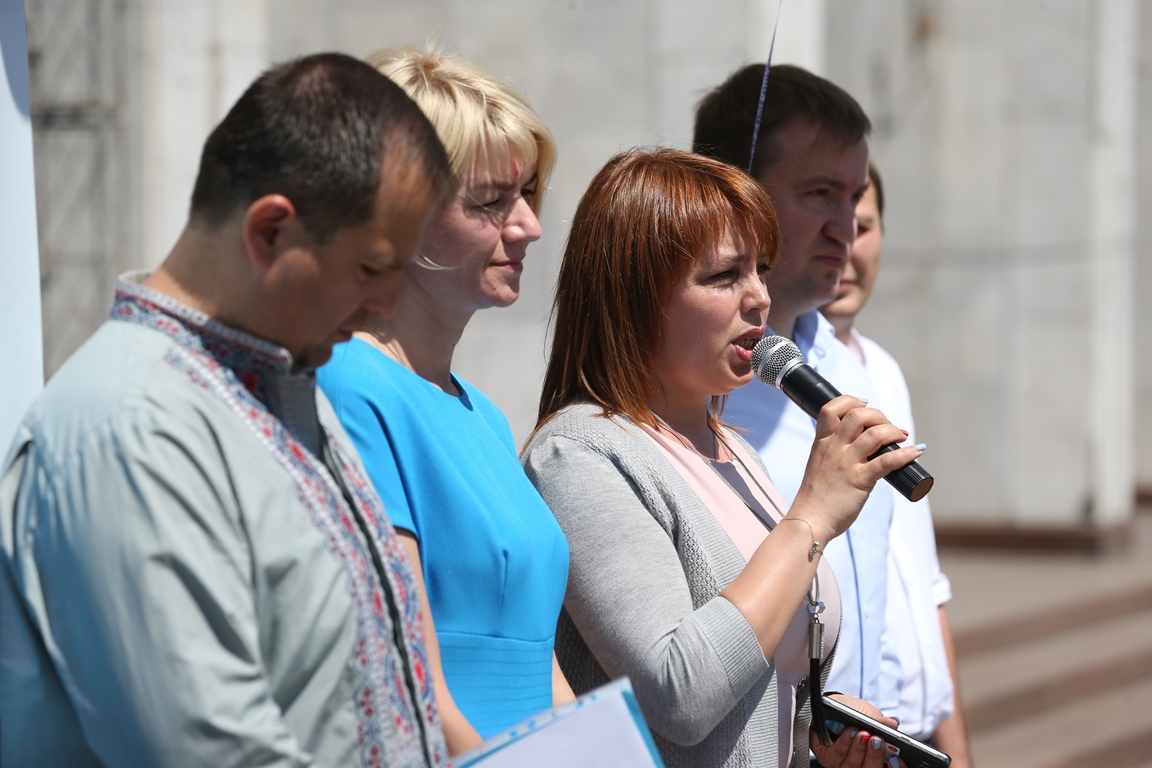 «The latest anti-tobacco measures in Ukraine were implemented in 2012. Now it is a time to strengthen current norms as during last years the tobacco industry invented new methods how to involve new smokers targeting at children and women first of all.  E-cigarettes gain more and more popularity, cigarettes with flavors are diversified, packs of cigarettes and display cases become more bright and attractive. Thus, I urge my colleagues from the Parliament to support anti-tobacco draft laws No2820 and 4030a. They will help to prevent the nicotine dependence among young generation” – stressed Natalia Veselova, Member of Parliament of Ukraine.

Draft law No2820 is aimed to introduce big pictorial warnings (65%) on both sides of the cigarette pack, ban cigarettes with flavor, provide regulation of e-cigarettes and herbal mixes, open the tobacco products content and ban the tobacco advertising on Internet. 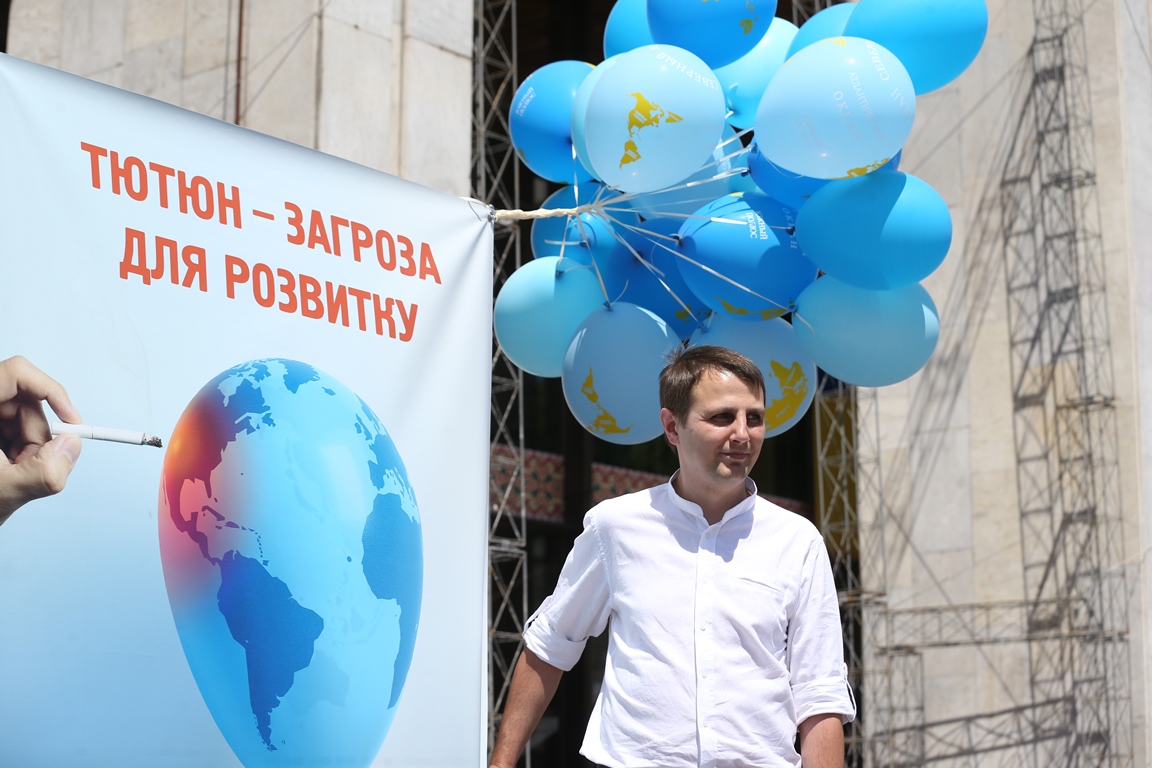 “Tobacco consumption is one of the key risk factors for NCDs. Ministry of Health of Ukraine developed the action plan to combat NCDs. Work on the implementation of draft laws No2820 and 4030a is one of the main parts of this plan. We support all anti-tobacco initiatives as the tobacco is a real threat to the well-being of each family. We can’t be sure that our children will not smoke” – said Vladyslav Zbanatskiy, deputy director of the Center of Public Health, Ministry of Health of Ukraine. 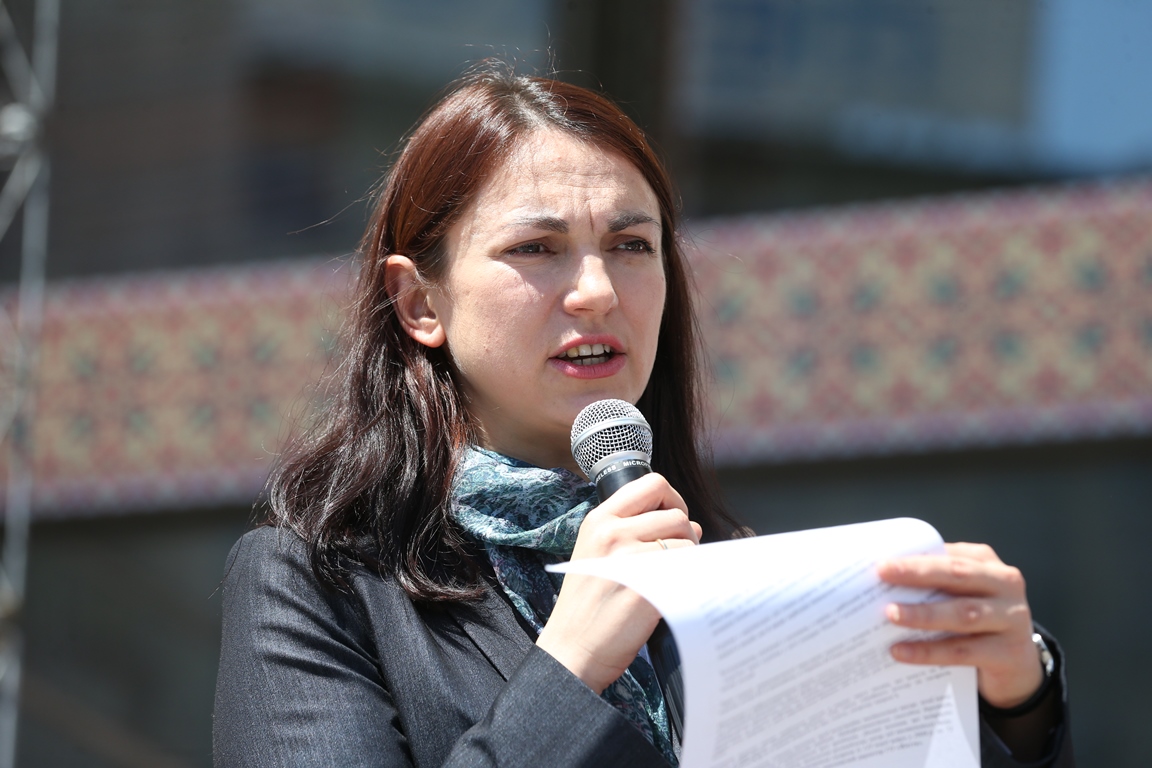 “It is the most important to support these draft laws in the time when Ukraine got visa-free regime. They will allow harmonizing Ukrainian legislation in the public health sector with EU legislation” – told Hanna Hopko, the Member of Parliament of Ukraine.

The participants of the action applied to the Speaker of Parliament Andriy Parubiy with a request to put to the vote the bills No2820 and 4030a in order to reduce smoking prevalence and increase the longevity of Ukrainians. 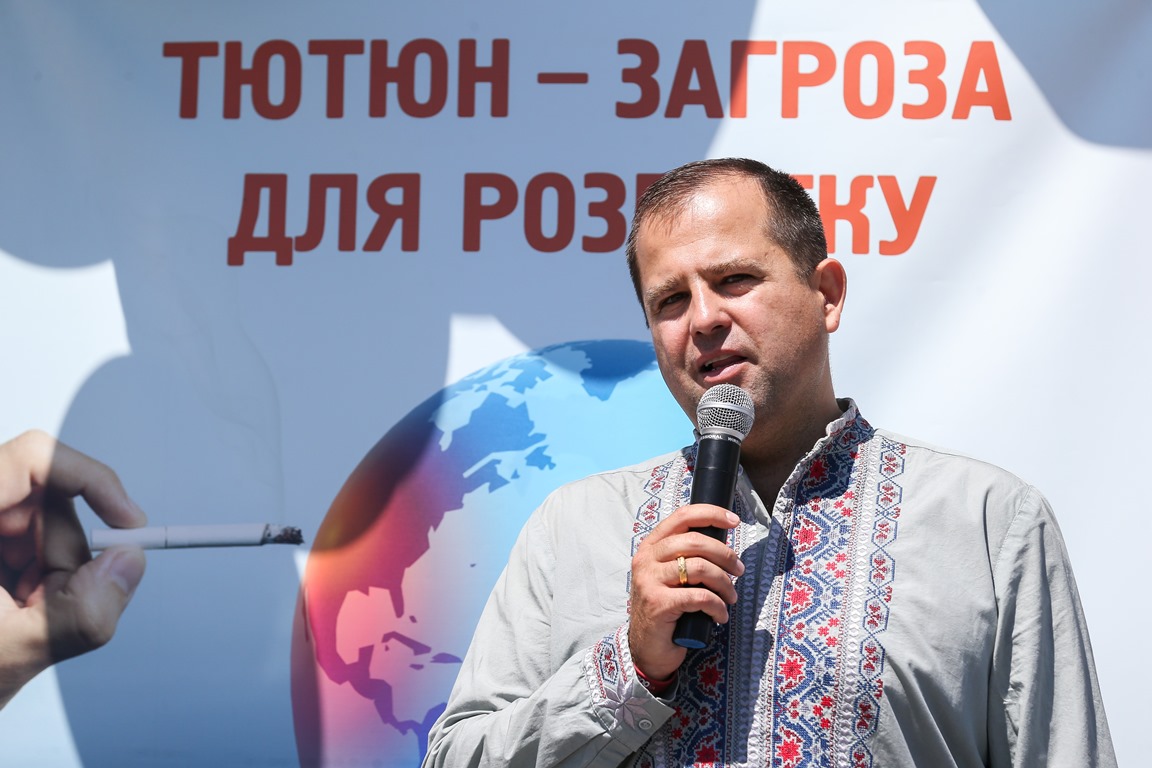 “I urge all Ukrainians not to smoke and not to consume tobacco products as well as I encourage the government to support our bills” – summarized Pavlo Unguryan, Member of Parliament of Ukraine. 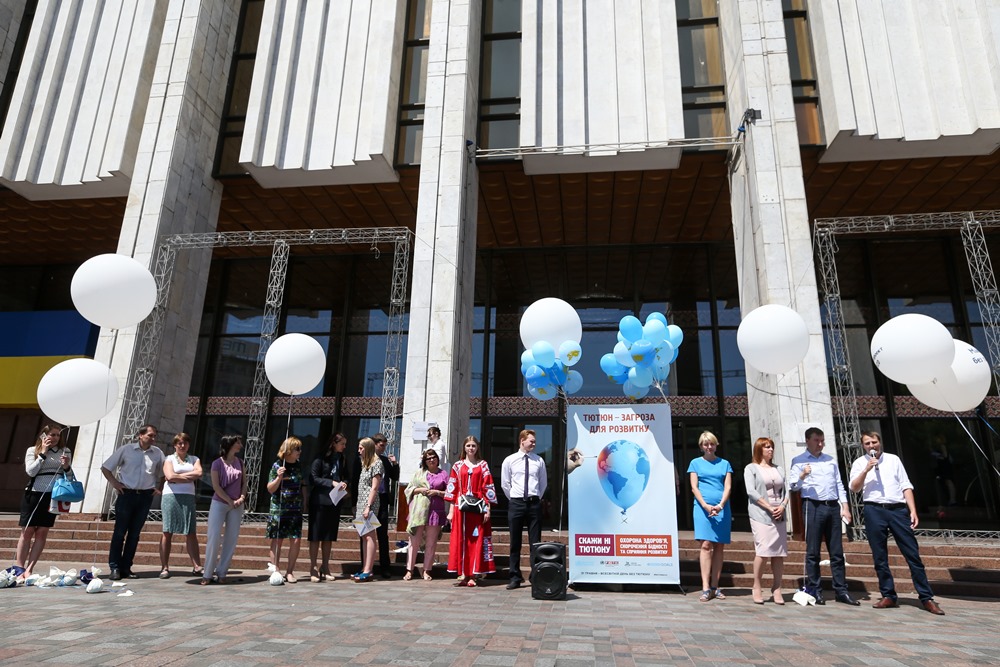