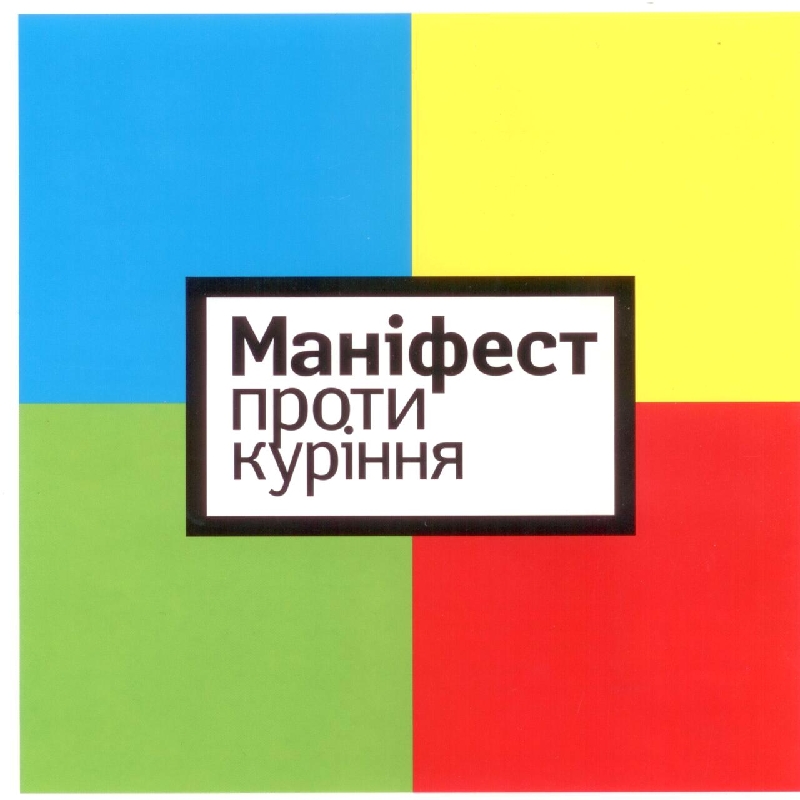 MANIFESTO against smoking: celebrities united to discredit “glamorous” image of smoking
Transnational tobacco companies invest millions of dollars around the globe in promotion of smoking, supporting the image of glamorous smoker by involving prominent representatives of show business and celebrities. Different types of tobacco advertising, sponsorship actions, programs of corporate social responsibility, active marketing of tobacco companies achieve their results – higher sales of deadly products due to increasing number of consumers, including their strategic target group – youth.
To debunk glamorous image of smoking imposed by tobacco companies, LIFE and PR agency “Krasni Komunikatsii” initiated a nationwide campaign to promote healthy lifestyle without smoking that united over 150 famous Ukrainians from different fields – sports, music, cinema, show business- to sign the “Manifesto against smoking”(www.manifest.kiev.ua ). Among the signees are Ani Lorak, Oleg Skripka, Yana Klochkova, Denis Silantiev and others.
Initiative for “Manifesto of Ukrainians against smoking” was launched on May 31, 2008 on the World No Tobacco Day, when celebrities signed the “Manifesto against smoking,” to commit in promotion of a healthy lifestyle, counteract with the tobacco industry interference in public policy of tobacco control, not to cooperate with the tobacco manufacturers and to be actively involved in promoting effective measures to reduce smoking prevalence. Later on Olympic medalists, famous TV producers, well known TV personalities, and actors have supported the legislative initiatives to increase excise taxes on tobacco products, advertising ban, smoke -free public places, and placing the pictures illustrating the effects of diseases caused by tobacco consumption on cigarette packs.
Within the framework of the campaign of debunking the glamorous image of smoking Center “LIFE” issued the following brochures “Manifesto against smoking,” (http://www.manifest.kiev.ua/ “Mom, please do not smoke, I cannot breathe” (https://center-life.org/books/mamo.pdf) and “Manifesto for smoke-free cafes, bars and restaurants” (http://smokefreeukraine.org/) that were widely disseminated in the country. Besides that day LIFE launched the Coalition press center that has been actively working since that time and distributed hundreds of video releases, press releases and interview.
The informational campaign and an active and responsible position of celebrities totally changed public perception of smoking since that time and rose to raise public awareness about the negative health effects caused by smoking. According to “Global survey of adults about tobacco use» (GATS) http://www.who.int/tobacco/surveillance/gats_ukraine/en/index.html, published in 2010, 93.1% of Ukrainians know that smoking causes serious diseases.
Ukrainians are quitting smoking! It has already become unfashionable to hold cigarette in one’s hands! This is a result of anti-tobacco movement, which was actively supported by Ukrainian celebrities.
Поділитися новиною: