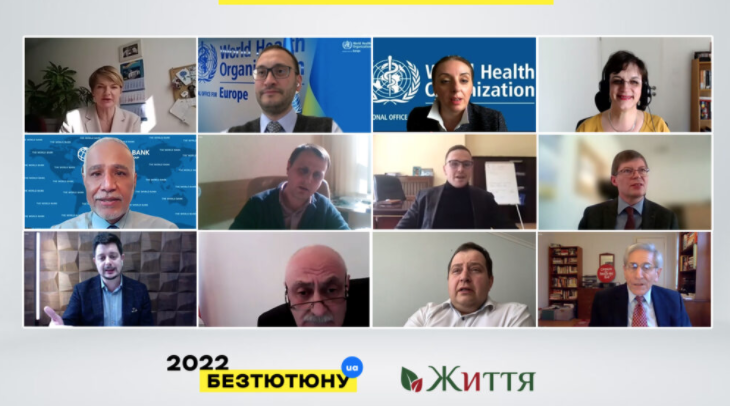 March 24, 2021,  the Committee on Public Health, Medical Assistance  and Medical Insurance of the Verkhovna Rada of Ukraine, has organized a round table in video mode, which is dedicated to the 15th anniversary of the WHO Framework Convention on Tobacco Control in Ukraine (WHO FCTC). Public organization “Life” acted as a partner in organizing this event.

The World Health Organization Framework Convention on Tobacco Control is the first binding international health treaty. It is an effective public health tool that has enabled Sides to make significant progress in the fight against tobacco by uniting 182 countries, more than 90 percent of the world’s population. 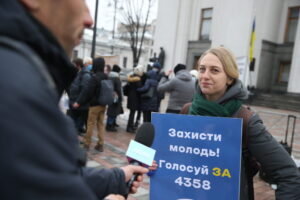 “Thanks to legislative initiatives banning advertising, pictures on packs and the smokeless law, which were passed in 2012, and the annual increase in taxes on tobacco products, we have seen that anti-tobacco laws work. After all, the prevalence of smoking among adolescents aged 13-15 years decreased from 19% in 2011 to 15% in 2017. To maintain the trend of decreasing prevalence of smoking among children, it is necessary to increase the pictures on packs to 65%, to ban the advertising of tobacco products in kiosks and in shops, to ban the advertising of electronic smoking devices and their use in public places, and the sale of flavored cigarettes. Such norms are provided for in the revised comprehensive anti-tobacco bill №4358, which should be put to a vote as soon as possible, “said Lilia Olefir, Executive Director of the NGO” Life “.

Implementation of the provisions of the WHO FCTC and legislative changes in the field of tobacco control has led to a decrease in the prevalence of smoking and tobacco use in Ukraine. According to the Global Adult Tobacco Survey (GATS), for 7 years (from 2010 to 2017)  the prevalence of daily smoking among adult Ukrainians decreased from 25% to 20%. The Parliament of the 9th convocation has already joined the measures to protect the population from the harm of tobacco and electronic smoking devices. From January 1, 2021, the Verkhovna Rada of Ukraine banned the sale of e-cigarettes, e-cigarette liquids and devices for tobacco use to persons under 18 years of age.  The excise tax on liquids for electronic cigarettes has been introduced, as well as the excise taxes on tobacco for heating, cigars and cigarettes have been harmonized. The decisions are already working to protect the younger generation from smoking. However, smoking tobacco and e-cigarettes continues to cause heavy losses to Ukrainian society. According to the KIIS poll, 87% of Ukrainians support the strengthening of anti-tobacco legislation. 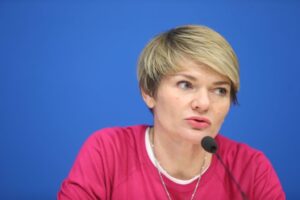 “Every day in Ukraine more than 230 Ukrainians die from smoking-related diseases, tobacco use is a key risk factor for non-communicable diseases, each of which can be prevented. Ukraine has already taken a huge step forward to protect the population from the harm of tobacco, but more needs to be done and the focus needs to be on protecting children and young people from getting involved before they start smoking. Implementing the provisions of the WHO FCTC gives us clear tools on how to protect children from smoking. I urge my colleagues to support the revised comprehensive anti-tobacco bill №4358 as soon as possible”, –  said MP, Lada Bulakh.

Over the past 15 years, thanks to the implementation of the WHO FCTC provisions managed to do a titanic job, but overcoming the tobacco threat in Ukraine is still a long way of. More and more teens are starting to use scented electronic smoking devices – all thanks to powerful online advertising from tobacco companies, which mislead about the “safety” of these devices.

The norms of the revised anti-tobacco bill №4358 provide:

Participants of the event on the occasion of the 15th anniversary of Ukraine’s adoption of the WHO FCTC: