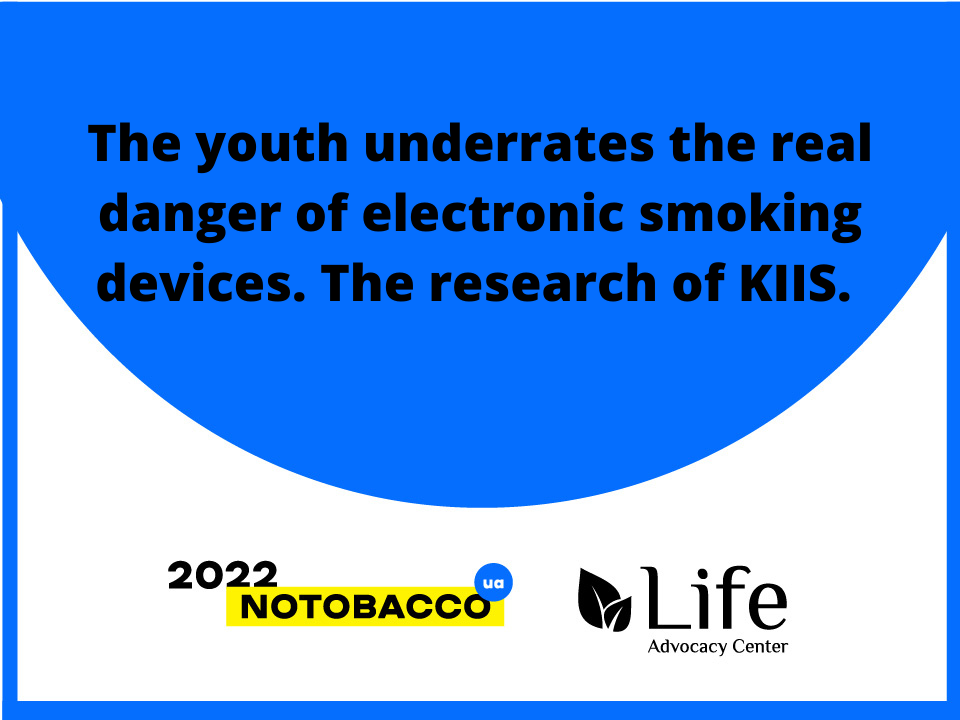 On March 31, 2021, the NGO “Life” presented the results of a survey conducted by the Kyiv International Institute of Sociology (KIIS) on the awareness of young people about the risks of using electronic smoking devices. The field stage of the survey was conducted among Ukrainians aged 18–30 in two stages: in November 2020 and in January 2021.

The results of the survey showed how serious the influence of the tobacco industry is on the formation of teenagers’ opinions about the consequences of e-cigarette use.

Against the backdrop of declining smoking prestige, the tobacco industry is finding new ways to turn a pernicious addiction into a trend again through manipulative approaches and huge advertising costs – for example, in the US, tobacco companies spend daily $23 million! In Ukraine, tobacco corporations report that they have spent $200 million in recent years to attract people to smoke electronic smoking devices. 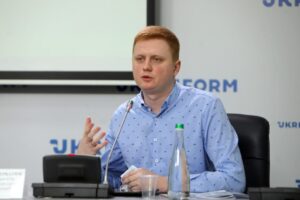 “Tobacco manufacturers have been able to mislead young people about the risks of using e-cigarettes and ESD  through manipulative and aggressive advertising. Yes, almost half of respondents believe that electronic smoking devices are less harmful than cigarettes, and 37% – that these devices help people quit smoking regular cigarettes, “- said Alexander Shcherbatyuk, researcher, project coordinator at the Kyiv International Institute of Sociology.

In addition, almost 40% of respondents aged 18-30 believe that passive ESD smoking is less harmful to humans than passive cigarette smoking, and 30% of young people generally believe that ESD smoking does not lead to serious health consequences. However, according to reports from the World Health Organization published in 2020, these devices pose a serious threat to the health of both smokers and people around them. The WHO also does not recognize ESD as a means of quitting smoking.

Tobacco companies use a variety of lures in their marketing tactics. They offer thousands of flavors, deceptively position electronic smoking devices as “low-risk products” or “safer alternatives,” and emphasize that you can smoke even indoors without allegedly disturbing people around you. Tobacco companies stop at nothing, cunningly circumventing the law. As a result, the use of electronic smoking devices is increasing, and young people believe the false information disseminated by the manufacturers of these devices.

Effective non-cost tobacco control measures to protect children and young people from beginning smoking must be put in place. Such changes were proposed by the deputies of the Committee on Nation Health, Medical Care and Medical Insurance in the revised draft law № 4358 “On Amendments to Certain Laws of Ukraine on Public Health Protection from the Harmful Effects of Tobacco.” The document is comprehensive and is based on the provisions of the WHO Framework Convention on Tobacco Control (FCTC) and the decisions of the Parties to the FCTC. The bill also implements European standards for the protection of human health from the harm of tobacco and ESD in accordance with European Directive 2014/40.

According to the results of the above study, 67% of respondents support the legal regulation of ESD on a par with classic cigarettes.

The draft law № 4358 will save thousands of lives eventually from premature death – at the same time, the implementation of its provisions does not require any expenditures from the State budget.

WHO emphasizes that smokers have a higher risk of becoming infected with COVID-19, as well as a higher risk of complications and death from this disease. Instead, quitting improves lung function, cardiovascular function, and immunity, which gives you a better chance of fighting serious infections such as COVID-19.