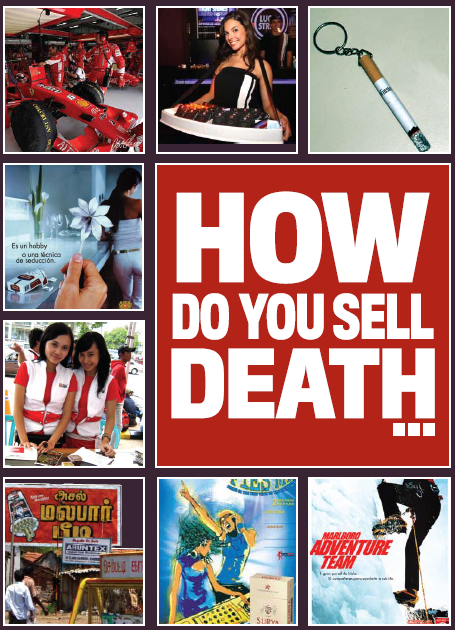 Free from advertising, sponsorship and promotion of tobacco country

In the 90’s, together with the globalization of markets and privatization of tobacco factories by transnational tobacco corporations, Ukraine had been flooded with a massive advertising of tobacco products. Despite the ban on tobacco advertising on television and radio in 1996, outdoor advertising (2009) and print media advertising (2010), tobacco companies used all possible forms of marketing, sponsorship and indirect forms of hidden advertising, attracting young people into the community of smokers. As the result Ukraine became the 4th country in the world in terms of smoking prevalence. This situation raised the necessity to prohibit all forms of tobacco advertising, as required by the FCTC. According to the results of the most reliable smoking prevalence survey – “Global Adults Tobacco Survey” (GATS), public support of a total tobacco advertising ban on increased from 49% in 2000 to 70% in 2010.
Since September 2009, with the registration of draft law number 5164 “On Amending Certain Legislative Acts of Ukraine regarding the prohibition of advertising, sponsorship and promotion of tobacco products,” Regional advocacy center «Life” has been coordinating the campaign of freeing Ukrainian from all forms of tobacco advertising https://center-life.org/fotogalereya/pid-chas-golosuvannya-za-zaboronu-reklami . This struggle ended with a victory for the interests of public health over commercial interests of tobacco companies: on September 16th, 2012 the Law of Ukraine № 3778 “On Amending Certain Legislative Acts of Ukraine regarding the prohibition of advertising, sponsorship and promotion of tobacco products” shall take into effect. All marketing activities, events with free cigarettes distribution, tobacco advertisement at all points of sales, sponsorship, online advertising and other forms of advertising will be prohibited. This legislative restriction will significantly increase the efficiency of the existing prohibition of traditional forms of advertising. As studies by the World Bank’s showed the comprehensive ban on tobacco advertising leads to decrease of smoking prevalence level by 7% and the partial ban only by 1%.
During more than two years the whole Ukrainian community – representatives of churches, famous doctors https://center-life.org/fotogalereya/zvernennya-vidomih-likariv-do-vladi , teachers, celebrities and civil society struggled for the historical liberation of Ukraine from harmful imposing of tobacco advertising images https://center-life.org/fotogalereya/vistavka-u-verhovniy-radi-31-travnya-2011 . After November 30th, 2010, when the bill passed in Parliament in the first reading supported by 303 votes, a detective story with a further delay of adoption of the bill started. A working group which was established under the profile committee of freedom of speech happened to consist mostly of tobacco lobbyists and employees of the advertising business and the public could not prevent weakening of the text of the bill to the second reading.
Further on, despite the tough opposition, Members of Parliament voted for a strong text of the Law by 332 votes in the second reading on September 24th, 2011. But then, for the first time in the history of the legislative process of Ukraine, there was an attempt by tobacco lobbyists with badges of MPs to change the text of the Law in order to avoid the prohibition of advertising at points of sale . The text of the Law was waiting more than 6 months to be signed by the Speaker of Parliament.
Hundreds of letters of support, street protests near the Verkhovna Rada, Presidential Administration that attracted the attention of mass media and journalists and led the media campaign, professional legal expertise and, finally, debunking of tobacco lobbyists brought the victory to the interests of public health over the interests of transnational tobacco companies https://center-life.org/fotogalereya/vimagaemo-nareshti-pidpisati-z-ekt-5164 . On March 13th, 2012 President of Ukraine signed a long hoped-for Law, regardless of the lobby and intimidation from tobacco companies.
NGO “Life” together with members of the coalition “For a Tobacco Free Ukraine” in Kiev and regions will monitor the process of implementation of the Law and the tobacco industry actions to insure the country gets free from all forms of tobacco advertising.